Cannabis indigenous to Central Asia and the Indian subcontinent, and its use for fabric and rope dates back to the Neolithic age in China and Japan. The ancient Assryians discovered its psychoactive properties and used it in religious ceremonies, calling it “qunubu” (meaning “way to product smoke”), a probable origin of the modern word “cannabis”.

Cannabis has an ancient history of ritual use and is found in pharmacological cults around the world. Cannabis was criminalized in various countries beginning in the 19th century. In 1937, the United States passed the Marijuana Tax Act, prohibiting the production of hemp in addition to cannabis. The landscape has shifted dramatically in modern times, which many states and nations legalizing marijuana for medical and/or recreational purposes. 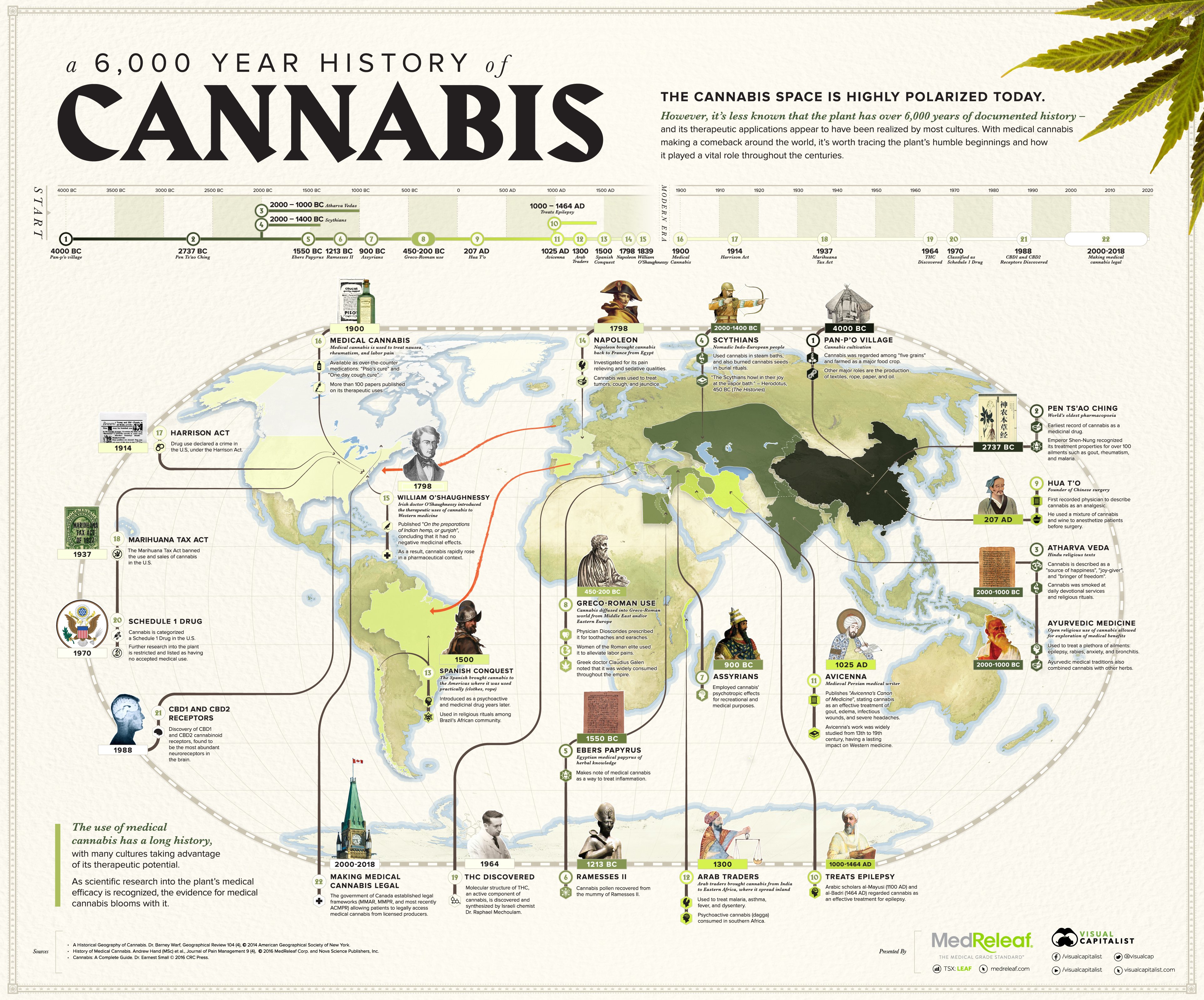